My blog is a good sewing diary.  If I didn't have this blog, I wouldn't know I made Simplicity 1948 for Joe in the form of shorts way back in July of 2013. 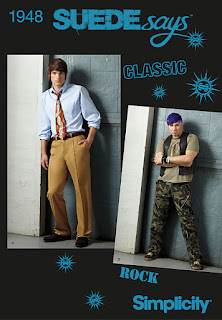 These are his favorite, they are made out of a light-denim and have had regular use until now.  The side-seam ripped out.  So time for a new pair.

I am using some black corduroy I found in my stash.  I washed and dried it while I was ironing the pattern so I could trace it out on some tissue paper.  I am using the same size as before which is a 36" waist.

These machines are friction drive and the wheel turns away from you instead of towards you like most machines.  Also they were originally built to take shorter needles than standard, but I adjusted the mechanism so I could use standard ones. 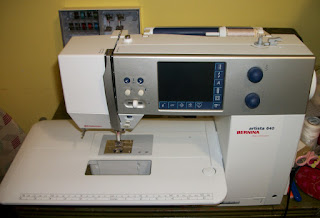 I flat-felled most seams.   The outside legs were serged with my Singer QuantumLock 5. 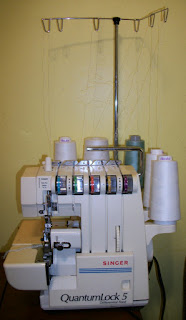 Joe likes the way they fit.  Hopefully he gets as many years out of them as the 2013 pair. 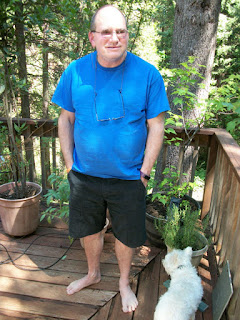 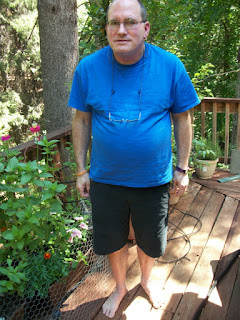 Thanks for stopping.
Posted by Thin Man Sewing at 11:15 AM